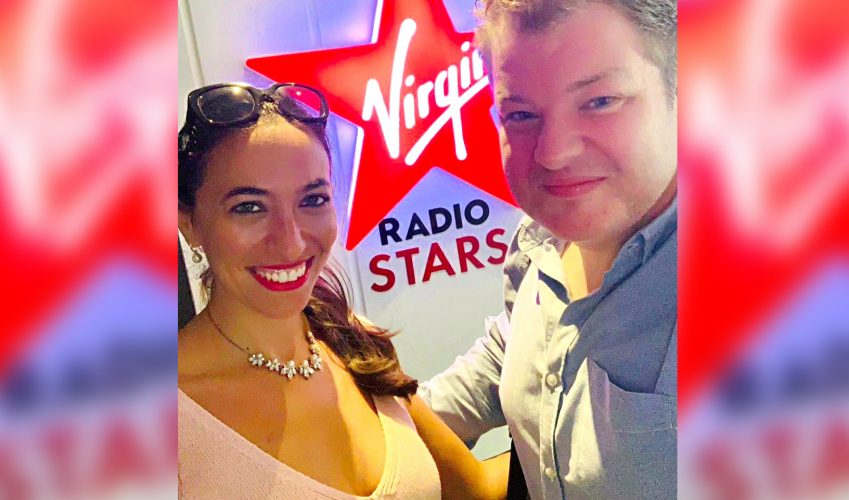 “Ben & Linda In The Morning” on Virgin Radio Stars is Lebanon’s newest morning show and wakes you up each weekday from 6 until 10 a.m.

Aiming at adults aged 30+, Ben and Linda play a mix of feel good hits from the 80s, 90s and 2000s with the best of today’s music. If you love artists like Madonna, Phil Collins, the Backstreet Boys, Justin Timberlake, Bruno Mars, Ed Sheeran and Katy Perry, then Virgin Radio Stars is the station for you.

Every morning, Ben and Linda bring you the latest from Lebanon and around world, plus showbiz gossip, lifestyle trends and prank calls to make you laugh. The show will also feature special guests discussing everything from the latest movies to relationships, fitness and well being.

And don’t miss your chance to win amazing prizes each day as you join us live on-air for some fun.

Linda Tamim is a TV Broadcaster who presented the news in English on Future TV, and was also a news correspondent for TRT World in Turkey. Linda has spent much of her life in West Africa and more recently in Australia before returning home with her Maltese dog Stella to Lebanon, when Virgin Radio Stars came calling!

Her on air partner Ben Weston is an Englishman who’s been a regular visitor to Lebanon since 1999 before moving here in 2017.

Ben has worked at various radio stations in the UK and the Middle East and can now whip up a wicked tabbouleh! Ben and Linda have both been heard on various TV and radio commercials throughout the Middle East for brands such as Cote D’Or, Isuzu, Emirates, Samsung and Nestle.

Tune in to “Ben and Linda in the Morning” on Virgin Radio Stars, every weekday morning, the fun awaits!

Do NOT follow this link or you will be banned from the site!