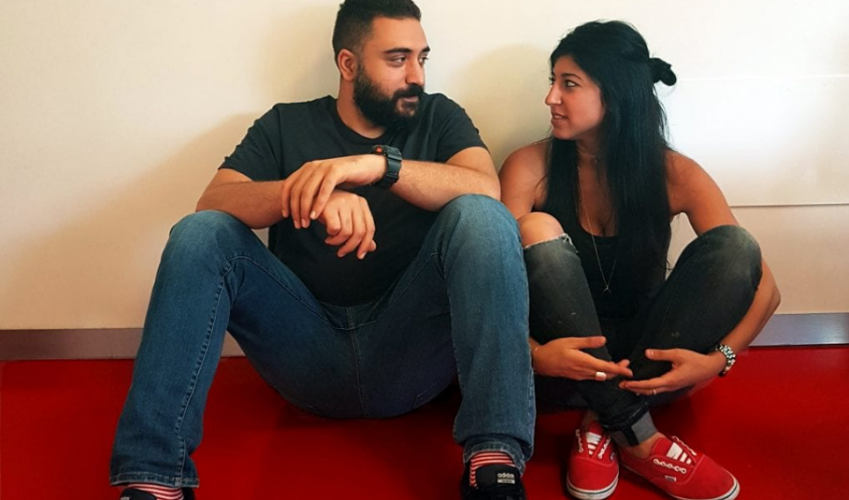 The Morning Show with Zaina and Boudy

The Morning Show with Zaina and Boudy launched as of Monday, March 28th 2019. Z&B had been radio husband and wife since 2017 and they accompanied you on The Drive in the afternoon before shifting to the morning. The show has the Virgin Radio Lebanon combo of hilarious games, the most important news in entertainment, massive giveaways, and awesome tracks.

Zaina El Hage, kicked off her career at Virgin Radio Lebanon with what was initially supposed to be a one month internship. A happy mistake then led to her very first radio commercial, where she was then given a spot on air.

Lebanon’s listeners were first introduced to Zaina on The Morning Show, as she updated you on your daily Traffic and Weather. This then included giving listeners a daily challenge with “Midday Madness” to fulfill between the hours of 12 and 1 o’clock to see how adventurous they were willing to get in order to win.

After that she moved on to presenting the “Virgin Radio Lebanon Top 10” on Sunday at 7 PM, as well as “Midday Live” between the hours of 11 AM and 2 PM; a highly interactive show engaging with listeners, taking requests, and sharing some fun news.

As of October 13th 2014, Zaina introduced the very first show presented solo by a female host; “The Drive with Zaina.” She kept you entertained throughout your drive taking over the airwaves from 3 till 6pm, the peak of listenership during the ride back home for both, students and employees. The show was packed with all the latest hits, interaction with listeners, games, and giveaways.

Fast forward to June 6, 2017, Zaina was joined by now co-host Boudy Boustany. Boudy is the lead vocalist in the band The JLP Show, which was part of the Virgin Radio Live team. After coming in for a meeting at the Virgin Radio Lebanon offices, his voice and charming character soon led him to be part of the team. He started with a few links to introduce tracks on the weekends and then joined Zaina two days a week to later become the cohost on The Drive. Boudy brought with him his guitar for a few musical sessions on The Drive as he does on The Morning Show.

Make sure to tune in to Virgin Radio Lebanon 89.5 FM to catch Zaina and Boudy on The Morning Show.

Do NOT follow this link or you will be banned from the site!